The most advanced
debt collection in Germany

Are you looking for a debt collection agency for German debtors?

Our collection specialists Germany are at your disposal and ensure efficient and above all professional handling. Read how we can collect for you in Germany.

Germans like to have clarity. This means that a German debtor must be given a clear deadline within which payment must be made. This is also called Fristsetzung. With this term, we do not only indicate that payment must be made before a certain date, but also that the debtor can be expected to be able to expect legal proceedings. When the payment is not made before that particular date, this ensures payment in most cases. But if that does not work, the German law is perfectly equipped to be able to cash.

German legal proceedings are carried out by our local debt collection lawyers ( Rechtsanwälte ). We start by starting a so-called Mahnverfahren. This is a German petition that describes what your claim is, how high it is and who the parties are. This request is submitted to the competent local court in Germany.

The authorized Mahngericht hands the submitted Mahnverfahren to the debtor. The debtor will then receive a court order for payment: the Mahnbescheid . The debtor can lodge a defense against this judicial reminder within two weeks. If he does not do this, the court will issue a Vollstreckungsbescheid .

The Vollstreckungsbescheid is the enforcement order with which attachment can be made. This judgment is also served on the debtor (by the court). Again, the debtor has two weeks to go in opposition. If he does not do this, then the claim is fixed. So he can no longer be affected, not even with an appeal!

For example, legal proceedings in Germany usually take a very short time compared to other countries. Why here also the German law has many advantages, you can read later.

A German debtor thinks, before he ticks, to want to defend himself

The German legal system is characterized by very short terms of respond. When your respond is too late, it is really too late. If a debtor wishes to defend the Mahnbescheid , he must have actually filed his defense within four weeks of service of that Mahnbescheid . If he does not do this, the judge will immediately point this part out. This also applies if the debtor does not take Rechtsanwalt into account, because a lawyer is obliged. Many debtors, however, refuse to call in Rechtsanwalt and are responding to the judge themselves and the judge passes their entire answer.

Because the German court will order the debtor to pay the costs of the proceedings, a German debtor will think twice before deciding to take a defense. If the defense is nonsensical, the debtor will be deprived.

1. The role of the Gerichtsvollzieher

A German bailiff or Gerichtsvollzieher is an official, not an entrepreneur. He is only authorized locally and, contrary to Dutch bailiffs, receives instructions from the local court. A creditor who wants to execute a judgment, for example a Vollstreckungsbescheid, must let this go through the local court.

The Gerichtsvollzieher has far-reaching possibilities for actually collecting the claim. It is expected that the debtor will be fully cooperated. If he does not do this, he can be taken hostage and even be taken into custody. And that is not all.

In Germany, non-payment of debts is taken very seriously. In 2013 the law ‘Gesetz zur Reform der Sachaufklärung in der Zwangsvollstreckung’ came into effect. With effect from 1 January of that year, debtors who have been convicted are obliged to cooperate in a so-called Vermögensauskunft . In addition, a debtor is obliged to issue a statement about his entire assets (assets, debts, income, expenses), the Vermogenssenzezeichnis.

The bailiff then knows exactly where he has to seize. The debtor must also declare that he has made a statement of his ability in truth and best honor and conscience. He is obliged to sign a so-called eidesstattlichen Versicherung . Falsifying and / or not explaining ensures that the bailiff can have the debtor be held hostage with the police. A creditor can order an arrest, a Haftbefehl . If a statement is still issued and / or demonstrably declared false, detention in prison will follow. And it goes even further.

3. Publication of the Vermögensverzeichnisses: an effective means of redress for German debt collection

After the debtor has made the Vermögensverzeichnisses to the Gerichtsvollzieher, the bailiff will publish the report at the zentralen Vollstreckungsgericht. He will also send the creditor a statement.

Unfortunately, for the debtor, published notices remain in the system for years. Creditors thus get into an insight into the debtor’s entire assets. But other parts of the government, such as Vollstreckungsgerichte, Insolvenzgerichte, Registergerichte and even Strafverfolgungsbehörden also have access.

This means that most debtors also want to avoid publication at the zentralen Vollstreckungsgericht at all costs. For the bailiff, this gives a lot of bargaining power, from which the creditor benefits. Most debtors pay immediately. This also prevents a debtor from passing on the Vermögensauskunft to Schufa Holding AG (Schufa), a Wiesbaden-based association that keeps records of solvency and creditworthiness and supplies this information to third parties in various product forms. A debtor in bad standing gets into trouble automatically: over 128 million credit applications are made to Schufa every year. Schufa has data on 66.4 million natural persons and 5.2 million companies. Nobody wants to do business with a company with a bad credit rating.

Special role of the Geschäftsführer of the GmBH

The German company Gesellschaft mit beschränkter Haftung, abbreviated GmbH , is a limited liability company under German law. This legal form is common in Germany, Austria, Switzerland and Liechtenstein. The driver ( Geschäftsführer) of a GmbH must always be a natural person and can not be a company. The minimum capital of the company is € 25,000 (at the time of incorporation at least € 12,500 must be paid up).

Notwithstanding Dutch law, the Geschäftsführer can be liable fairly quickly for the debts incurred by the GmbH. This is an important issue within the German debt collection. For example, the Geschäftsführer may be liable to the GmbH itself (as a director, for example under an employment contract), but also as a director vis-à-vis third parties, such as creditors. This is the case, for example, if the published annual figures are misleading. Or if the Geschäftsführer deals with transactions when he knew or ought to know that the GmbH would never be able to pay or if he would not pay taxes. In addition, there may even be criminal liability.

Whether a Geschäftsführer is personally liable depends on how carefully he acts. In Germany there are many procedures every year about the ‘ Sorgfalt eines Geschäftsmannes’.

Geschäftsführer obliged to file for bankruptcy of GmbH

In any case, a Geschäftsführer is not acting diligently if he fails to file for the GmbH’s own bankruptcy. If the Geschäftsführer is aware of an imminent insurmountable debt burden (Überschuldung) or inability to pay (Zahlungsunfähigkeit) – and therefore creditors cannot be paid – and does not file for bankruptcy within 3 weeks of finding this out, he will be held personally liable for all debts (!) of the GmbH. He also has to pay for part of the costs of the bankruptcy proceedings.

Geschäftsführer can also be prosecuted under criminal law

Because the management of a company is not taken lightly in Germany either, acting contrary to the “Sorgfalt eines Geschäftsmannes” can also be followed up by criminal law. The Staatsanwaltschaft or public prosecutor’s office can indict the Geschäftsführer and have him prosecuted for committing criminal offenses against other companies, natural persons or the state of Germany itself, such as the tax authorities. This is the Wirtschaftskriminalität.

A Geschäftsführer knows this. During a collection procedure, this legal obligation is sometimes used as a strengthening of the creditor’s negotiating position.

Shareholder of the GmbH may also be liable

Do you want to start collecting your debts in Germany?

Have you become curious about the possibilities? Then ask for a free initial consultation with a specialist in German law. With our local debt collection Germany network, no question needs to go unanswered.

Fill in your personal information and plan your free consult

Our clients for debt collection Germany deal with all kinds of claims. We can help you with all civil claims against debtors in Germany. Examples include:

We work for clients directly, but also for intermediaries, such as law firms and accounting firms.

What do you need for your debt collection Germany?

Interruption of the limitation period under German law

An interruption of limitation, similar to Dutch law, in the sense that the limitation period is interrupted and a new limitation period begins to run, is possible under German law only if there is an acknowledgement of the claim by the debtor (e.g. through (partial) payment) or if the creditor has requested enforcement measures (seizure).

If this is not the case, the limitation period can be temporarily interrupted, for instance by starting legal proceedings, such as a Mahnverfahren or by having a writ of execution served, such as a Mahnbescheid. Slightly less often, the period of interruption is temporarily interrupted by a service of the request to conduct legal proceedings to secure evidence (selbstständiges Beweisverfahren) also the statute of limitations.

Because German law has so many limitation periods, it is advisable not to wait too long before starting collection proceedings.

What can we do for you?

Do you have something to claim in Germany? Or a dispute with a German debtor? In that case, direct debit Germany may also be helpful to you. Please feel free to contact us via telephone number 070-7620330 or send us an e-mail . Collection specialist Mr. Konings can tell you more about the possibilities of collecting Germany and (hard to) recoverable receivables from debtors established in Germany.

Want to start with collecting in Germany?

Fill in your information and we will contact you as soon as possible.

Why 40.000 customers have gone before you 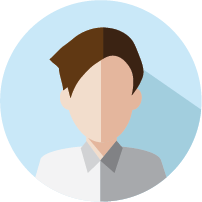 Nice and knowledgeable people. Had two issues in Germany that just wouldn’t work out. Solved them both with their help. Without a lawsuit!

Give us a call!